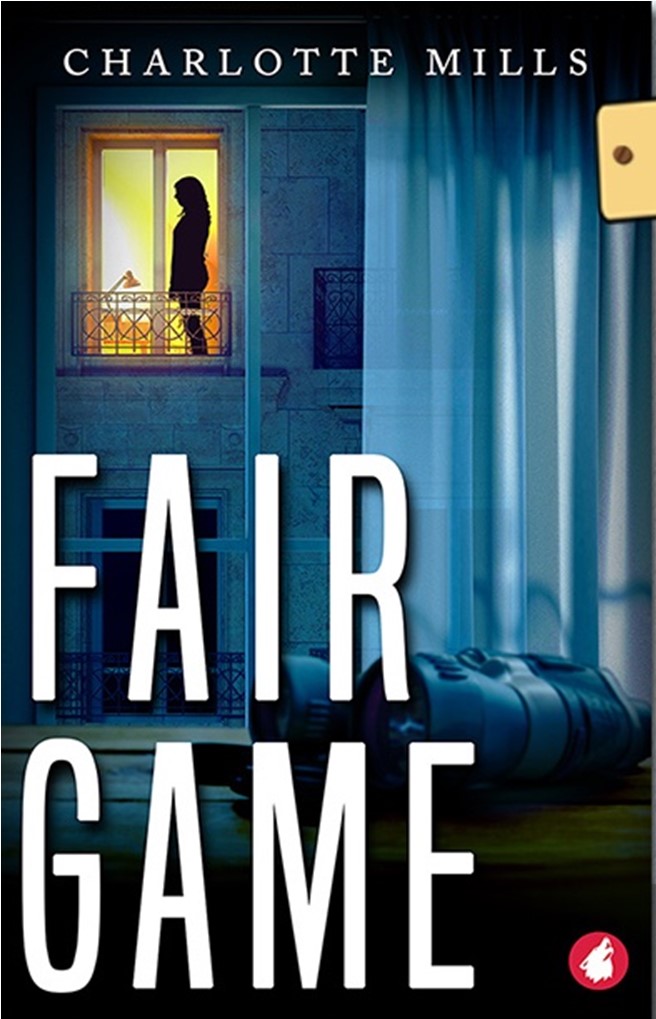 What’s a retired cop to do when her lover is being targeted? Helen Taylor pulls on her boots again in this captivating lesbian mystery.

Lexi Ryan is being targeted and can’t work out why. She’s escaped the troubled town of Warner with her beautiful partner, former Det. Chief Inspector Helen Taylor, and is looking for a quieter life. Instead she’s faced with an attempted hit-and-run and mailbox tampering.

Helen, meanwhile, is finding it hard coming to terms with civilian status. But once a cop, always a cop, and she uses her old skills to play bodyguard to Lexi and kick over the clues. As the incidents against her lover keep piling up, Helen starts to wonder if it’s one of her old enemies up to tricks, or someone from Lexi’s world.

A sequel to Payback, this exciting thriller will keep you on your toes.

London-based abstract artist Noa Stevens has turned her back on the world after too much loss. First her brother disappeared in a storm years ago, then she lost her wife. Noa’s perfectly content to bury herself away rather than face the pain and risk that comes from embracing life. She’s certainly not looking forward to an enforced break in rural England that her worried agent’s sent her on in some misguided bid to break her out of her rut and inspire new art.

Busy district nurse Paige Clarke has a lot on her plate right now so a chance meeting with some hobbling, stubborn out-of-towner just adds to her workload. But for some reason the intriguing Londoner stays in her head, and the more she sees of her, the more Paige craves of her. It’s a shame Noa has such a resistance to new romance.

Noa’s torn between protecting her heart and trusting it, just as strange notes start appearing about her brother’s disappearance. As ghosts from her past surface, she wonders if now’s the time to risk it all? A moving lesbian romance about taking a chance on love after loss.

Detective Constable Kate Wolfe is sent to a Cheshire backwater after falling foul of a disciplinary hearing in London. But before she even has a chance to settle in, Kate finds herself in a situation there’s no coming back from. She’s reported as a troublemaker to her new boss, Detective Chief Inspector Helen Taylor, a no-nonsense veteran who once had an esteemed, high-profile career.

The pair investigate a spate of arson attacks, a dead body found in a burnt out building, and a missing architect while fighting their growing attraction for each other. The discovery of a dumped vehicle in a quarry lake sparks a series of events that will change their lives forever.

A thrilling lesbian mystery about trying to right a past wrong…despite the consequences.

Out of The Blue / Latent Memories

Ecologist Robin Carson has never had a lasting relationship, preferring to spend her time building up her Eco-landscaping business with her colleague and long-standing best friend James.

A meeting with a new client from York proves interesting when she is introduced to her client’s new assistant. Enter the beautiful but fiery blonde Jamie Buxton. When Robin and her small team begin surveying the estate, she crosses swords with Jamie resulting in a heated argument requiring an evening in the pub to bury the hatchet. Jamie manages to sweet talk Robin into letting her join her on a night walk on the estate which turns eventful, and leads to an offer of a home cooked meal, all within the first week of surveying the estate.

The attraction develops for both of them after only a few meetings, forcing Robin to rethink her previous and favoured no strings relationships of the past. Robin soon realises that she wants what everyone else seems to have, a loving long term relationship. After only seven months together, Robin’s life is transformed she is prepared to make the ultimate commitment, until she is prevented by an untimely event that could end it all too soon.

Thirty-four year old Sasha Featherstone has been a department head at a top accountancy firm in the city for almost six years. Unfortunately there is very little else in her life, when her firm is accused of financial irregularities during takeover discussions with a German company Sasha jumps at the chance of volunteer redundancy.

Could this be the starting point for her new life, with a desire to travel she weighs up her options. Deciding on a six month trip around the US, she secures a tourist visa. Sasha begins city hopping from west to east starting in San Francisco, Las Vegas then Nashville. Although enjoying the new sights and sounds she encounters along the way she can’t escape the feeling of loneliness that follows her.

Sasha’s decision to drive the next part of her journey results in her getting lost due to her casual approach to map reading. Ending up in the sleepy town of Nottwood, South Carolina. Sasha decides to stick around for a few days to recover from the hustle and bustle of city hopping. A chance meeting with fellow visitor Max Butler sparks an attraction that encourages Sasha to stay a little longer.

Sasha’s develops strong feelings for Max over the coming weeks. Is this what she has been looking for, what’s been missing in her life for so long? Or is it just a holiday fling?

At 28 years old Alex Philips is still reeling from her father’s death at the hands of a drunk driver, existing in a job that allows her to work from home and withdraw from life. After a drunken incident Alex is now facing several months of community service forcing her to interact with the world again.

While repaying her debt to society she meets the beautiful 24yr old Sam Johnson, an instant mutual attraction develops between them, things finally seem to be going their way as they find their feet in their budding relationship.

Are they strong enough to ride out the storms of an absent mother arriving back on the scene, or a chance meeting with someone who threatens to destroy everything they have worked hard to build.